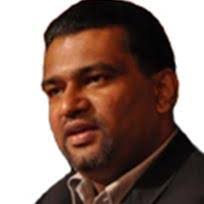 This course is ideal for those intending to expand their knowledge about mobile app security as it covers a large number of topics: People relatively new to mobile security will benefit from the practical deep dive while more advanced students can polish their skills in specific areas and perhaps complete more CTF challenges.

This course has been prepared after years of research and experience gained through pentesting mobile applications. It is structured to follow the OWASP Mobile Top Ten and the OWASP Mobile Security Testing Guide. This is a hands-on practical course, the skills gained can be applied to mobile security assessments immediately. Each day starts with a brief introduction to the mobile platform for that day, and then continues with a look at static analysis, moves on to dynamic checks finishing off with a nice CTF session to test the skills gained.

Day 1 includes but is not limited to a brief introduction to Android security, a series of techniques focused on static analysis, followed by dynamic analysis covering both monitoring and modifying app behavior at runtime. The day ends with beautiful CTF challenges to entertain even advanced mobile app penetration testers.

This is a basic outline of the course; it will contain various other components and details that will help the students understand and perform better. This will be a learning experience from which people relatively new to the ever-growing world of mobile security will benefit, while the advanced students will polish their skills in specific areas and perhaps complete more or the CTF challenges.

This is a hands-on practical course, the skills gained can be applied to mobile security assessments immediately. A much greater proficiency in mobile assessments should be expected

Attendees will be provided with

What not to expect:

While nobody is going to become a mobile security ninja in 2 days, our goal is to start from the basics and ensure that each student comes out of the training with a significantly higher level of proficiency in the artistry of mobile pentesting

A laptop with the following specifications: 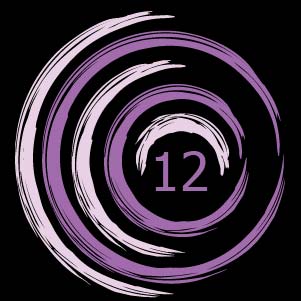 Anirudh Anand is a security researcher with a primary focus on Web and Mobile Application Security. He has been submitting bugs and contributing to security tools for over 7 years. In his free time, he participates in CTF competitions along with team bi0s (#1 security team in India according to CTFtime). His bounties involve vulnerabilities in Google, Microsoft, LinkedIn, Zendesk, Sendgrid, Gitlab, Gratipay and Flipboard. Anirudh also has contributed to several OWASP projects with notable contributions being in OWTF and Hackademic Challenges Project. He has presented in a multitude of conferences including BlackHat Arsenal 2019, BlackHat Europe Arsenal 2018, HITB Dubai 2018, Offzone Moscow 2018, Ground Zero Summit Delhi 2015 and Xorconf 2015.

Abhishek J M is a mobile security enthusiast and has been focusing on security for more than 5 years. He is the mobile security team lead for Team bi0s, a CTF team from Amrita Vishwa Vidyapeetham (ranked #1 CTF team in India as per CTFTime).

He is also the author of Android security tools like Adhrit, an Android application security tool emphasizing compactness and flexibility along with speed and ease of setup. Adhrit offers features like source code extraction, manifest analysis, URL extraction and automated ADB payload generation. The tool is widely accepted in the community and presented at conferences like OWASP Seasides, Threatcon and Cysinfo. EVABS is another project by him for Android security beginners where the users can have extensively hands-on experience with various real-world Android application vulnerabilities, with interactive features like a beginner-friendly storyline, active flag checking and CTF-style approach. He is an open source evangelist and spends time in automating and building learning platforms for mobile security.